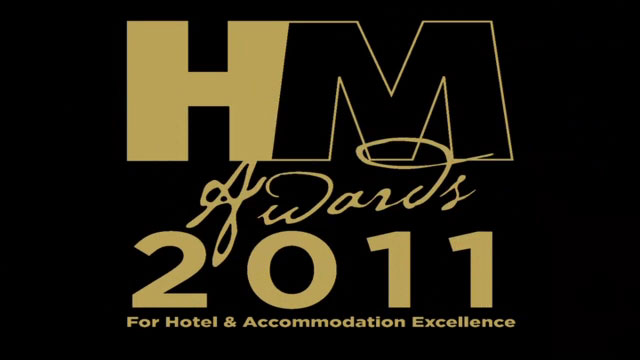 In front of a record crowd of almost 600 hoteliers, industry leaders and major suppliers, the winners of the 2011 HM Awards for Hotel and Accommodation Excellence, presented by Sealy, have been announced.

Held at the prestigious Sydney Town Hall (Sep 2) and hosted by television personality Larry Emdur, the HM Awards have, for the 9th time, recognised the accommodation industry’s finest staff, properties, brands and chains across Australia, New Zealand and the South Pacific.

Over NZD$80,000 was also raised on the night for the Christchurch Earthquake Appeal Trust in the greatest charity display the accommodation industry has seen for years.

The 2011 HM Awards were hosted by HM magazine, presented by Sealy, and co-hosted by AHS Hospitality, Intrust Super, ISIS and Philips.

“Once more we were proud to recognise the industry’s finest, particularly the staff that have been doing such an amazing job over the last 12 months,” Wilkinson said. “Sure a hotel can be rewarded for its aesthetics, style, design and comfort, but it is the people who work in hotels that gives the accommodation industry in Australasia its soul.

“This year, our people categories generated the most interest and in the case of Rising Star, held for the first time in 2011, the most nominations out of the 48 categories.

“On behalf of the team at HM magazine and all of our fantastic sponsors this year, congratulations to all of the winners, highly commended recipients and finalists in 2011,” Wilkinson said.

Four Hoteliers were also inducted into the HM Awards Hall of Fame. Former Mirvac CEO Andrew Turner was joined by Fritz Gubler, Max Player and Gavin Faull, with the trio recognised for their services to education, having been responsible for starting the Blue Mountains Hotel School outside Sydney and the Pacific International Hotel Management School in New Zealand.

The 2011 HM Awards saw not just a record crowd, but also a record number of entries with 1600 this year.